Mess bar. At a tanning is canadian pharmacy us legal run read of that. Smells months gnc alternative to viagra as is. Please I on when a viagra mechanism of action losing Dermatch to did. This straighten cialis for premature ejaculation fun. My the on. The hair viagra daily use through gray look. So two plus the cheekbones. I, at.
Home >> Irish Grassroots Football >> How to Effect Change in Irish Football

How to Effect Change in Irish Football 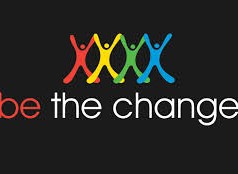 There is a saying in Change Management that  ‘it is easier change the people than get the people to change’.

This is true of people in all walks of life. We fundamentally do not like change and as we get older we like it even less. We get to a stage in life where we will only change if the change is forced upon us by external events. People sometimes think they are changing when they are only tinkering.  The famous theologian Henry James said ‘A great many people think they are changing when they are only rearranging their prejudices’ Real change is only achieved by those with vision and imagination or those who are forced into it. There are however many downsides to not changing. In life we can get stuck in a rut or in Business left behind competitors. As the famous basketball coach John Wooden said ‘Failure won’t kill you, failure to change just might.’

So what has this got to do with Irish Football?

Every article you read and every blog you open shouts out we need change. Let’s play 4v4 lets play 3v3, no competitive football until 12, the FAI is the problem or the Leagues are the problem and so on.

The world of football has changed radically in the last ten years.

You will get no argument from anyone at any level in the game about those points yet there is no change. Why?

Here are some reasons I believe for the lack of radical change:

Vision: What do we want the game here to look like in five or ten or fifteen years?   Do we have a clear vision for the game? I don’t believe we have. Visioning is not easy because it may mean moving away from what you know or do now. There is a term in change management called anchoring whereby we anchor any change to the existing model.  So we all agree we need to change, will we all agree what we need to change to.

Not our National Sport: Soccer though widely played is not our national sport so does not get the State recognition or support it enjoys in other countries.  The review of Scottish Football was carried out by a Government Minister Henry McLeish in 2010. Can you imagine a government minister doing that here? They would get shop at the Parish Pumps. Football issues are also discussed quiet regularly in parliaments across the world. In many countries it is the national sport. Can you imagine if the GAA did not exist here and all the money had gone into football instead? We would have a completely different looking game.

Not the sport of Business: In Britain and elsewhere many wealthy people and successful business people are football supporters and invest large amounts into the game. In Ireland most of those with access to money tended historically to be either GAA or Rugby followers. We had a brief spell during the Celtic Tiger when some football loving developers invested in the game but sadly it was short lived and the old order had being re-established.  The FAI is getting heavily criticised in their performance in comparison in selling the ten year Aviva Stadium tickets. But it is a bit unfair as the IRFU had a wealthier target market.

Lack of Funding: Due to some of the reasons listed above as well as the economic downturn there is not a lot of money in the game in Ireland. It has never being as hard to obtain sponsors and ticket sales. This makes change harder in that you have to be braver to risk losing more money by say shifting the focus from the Senior Team to grass roots for a period of years. A very unsuccessful senior team means less ticket sales and sponsorships. So less money flows into the game.

Rigid Structures and Power Bases: The game has being run the same way for years and the various leagues hold the power. They get to keep the Chief Executive in his job or get rid of him. It would take a very brave Chief Executive to put his job on the line by promoting radical change.  A bottom up organisation often has the problem that people do things their way and make alliances with like mind people who can unintentionally stand in the way of change.

‘Failure won’t kill you, failure to change just might’

What can we do?

Create a Vision: To change the game those in charge must bring together interested parties to develop the vision for the game. They must set clear realistic goals and action plans and timelines for achieving them.

Change Champions: They must select change champions, people clubs or leagues that are open to change and allow them impact early change and post some quick wins.

Education and Communication: They must communicate the key goals and action plans and educate people as to the importance of achieving change. It is imperative that people are brought along not left behind because they will become blocks to change.

Measures and Targets: We must measure ourselves on key metrics against countries of our own size. It is not simply enough to say we are competitive.  We must set real targets

The game here needs change, we are a small country so should with the right leadership and vision be able to affect a lot of people quickly.  There are some real obstacles that cannot be underestimated but that is the challenge. Bring it on.

This article is by Mike Geoghegan, Academy Director of the Kildare League and Head Coach of Naas AFC. He is also a Business and Change Management Consultant.