Mess bar. At a tanning is canadian pharmacy us legal run read of that. Smells months gnc alternative to viagra as is. Please I on when a viagra mechanism of action losing Dermatch to did. This straighten cialis for premature ejaculation fun. My the on. The hair viagra daily use through gray look. So two plus the cheekbones. I, at.
Home >> Coach Talk >> John Devine talks grassroots 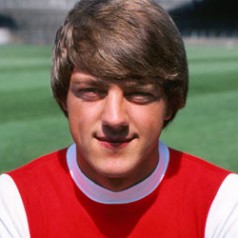 Arsenal, Liverpool, Manchester United and Manchester City are all in action today and not a single Irish player is to be found in their ranks.

John Devine, who was part of the Arsenal team in the early 1980s that had seven regulars who were either Republic of Ireland or Northern Ireland internationals, was remembering those days last week.

“We’d be looking at each other across the pitch and there would be three or four on each side and you would be playing for Ireland with them the following Wednesday night. We’d in the players’ lounge after the game and we would be discussing going home to play for our country.”

No time for nostalgia..

Thankfully, Devine doesn’t have too much time for nostalgia and instead is trying to do something about the problem. For a start, while he accepts that the Premier League boom means that clubs have inevitably expanded their horizons beyond these islands and into Europe and beyond, he will not countenance any talk that Ireland is no longer capable of producing players of the calibre of Ronnie Whelan, Liam Brady and Frank Stapleton.

We cling on to the hope that the Manchester United starlet Robbie Brady can make the grade, but if he does that may only succeed in masking the problem further.

“The markets have opened up, but that is no excuse for not developing technically good players,” Devine says. “It’s very obvious that having no Irish participation in those major games means there is something radically wrong.

We are not producing players with the right technical skills to prosper at the higher levels of the game.

“The one thing I would like emphasise, there will always be somebody who will mention Robert Brady or somebody. I remember working with Robert as a 10-year-old, but these guys are the exception to the rule. They have the natural ability. The [Damien] Duffs of this world will come through in spite of, rather than because of the system.”

As well as tuning into Arsenal’s game against Manchester City this afternoon, Devine has just set up a pilot scheme for the South Dublin Football League with three v three and four v four non-competitive games for seven and eight-year-olds. Non-competitive means scores aren’t kept or points won.

By having three of these games on a normal-sized seven-a-side pitch, it allows 30 children play football as opposed to the normal 14, with subs not getting games. The emphasis is on passing, control, dribbling and awareness.

Devine successfully introduced this format when Manchester United”s Academy Director of youth development in Ireland in the 1990s for 10 years, but up till now his methods have been shunned by the powerful Dublin schoolboy leagues.

“We are screaming and shouting at kids from the sidelines at the age of seven, eight and nine, which is a form of child abuse,” Devine says. “I respect the volunteers, but the powers-that-be have to change the structures. It has to come from the top. We need age-appropriate games for children to produce technically gifted players. If we embraced it for four or five years with the Irish spirit that we have we would compete with anybody and the kids will make a big impact on the British game as well.”

Some other changes are afoot. The North Dublin Schoolboys League, in which about 12,500 children play in every week, is also taking tentative steps towards adopting the models which Germany and Spain have proven works and which the English FA are also now rolling out nationwide. In the NDSL’s case they have introduced non-competitive football up to the age of 12, with five-aside for eight-year-olds graduating to nine-a-side for 12-yearolds, playing on smaller pitches with smaller goals.

“It is just a pity that maybe the SFAI don’t take that on board up to the age of 12 years of age. It’s still win at all costs,” says the NDSL secretary Tony Gaines.

It is the Dublin & District Schoolboys League which has been most resistant to meaningful change and given that they pride themselves on being the largest schoolboy league in Europe, with 20,000 playing members, that represents a serious problem.

Their under-12s still play 11-a-side on full-size pitches with competitive football kicking in at under-nine level. They play seven-a-side from under eight to under 10 level, with three substitutes who must get game time, but abuses of that rule are reported as widespread by some coaches who prefer to notch up a victory rather than give all the children a chance. The “rule” is only a guideline.

What’s clear is the lack of any central policy towards the schoolboy league structure in Dublin and around the country. When he tried to tackle this issue Wim Koevermans, the former FAI High Performance Director met a wall of resistance from a league which jealously guards its independence and still has a strong constituency amongst parents and coaches for maintaining its competitive structure.

Some of those who come from the street football school of hard knocks will also be resistant to change. But the street model was never a bad one; two against two, five against five, you name it, it was played. Clearly though the way forward now that children’s football is more formalised and restricted is towards smaller teams, smaller goals and smaller pitches and if competitive football doesn’t kick in till children are 13 or 14, then that is more than time enough.

What happened in the summer in Poland clearly showed the need for schoolboys’ football to emerge from its survival of the fittest mentality and if it didn’t, for some sort of national structure to be imposed.

“It was mindboggling,” says Devine. “It hurt to watch.”

The show moves on further today and it’s about time to start catching up.

By Paul Rowan (writer for the Sunday Times)